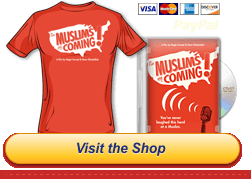 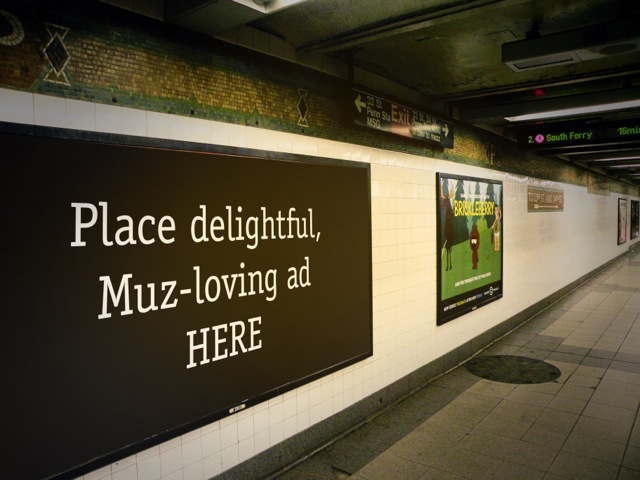 Guys! As of Sept. 2014, a really lame group of bigoted folks got together to post a bunch of hateful and defamatory ads about Muslims all over the New York City subway system. In response, we thought, why not post our own ads? Ads are aren’t hateful, but totally loving, hilarious, and/or ridiculous.

We rang up the MTA’s ad department… sadly the ads would cost a minimum of $11,000. Yowzers.

We were disappointed because we’re mostly in the “buy one but not two bagels for breakfast” income bracket. BUT we went around the internet and asked folks for money and actually raised, you guessed it, $11,000! So, we bring you the Fighting-Bigotry-with-Delightful-Posters Campaign! For real.

We’ll be putting up posters throughout the New York City subway system, which transports over 5.5 million people a day. We’ll get a lot of eyeballs and by the time we’re done, well, NYC straphangers are gonna love the pants out of Muslims.

Stay tuned for mockups of our posters and details on when they’re up! And thank you every so much for making this happen.